Types of Forging Presses and Their Application

Types of Forging Presses and Their Application

Forge pressing is the process of shaping a metal piece by applying pressure as it’s placed between two dies. You do this with a forging press, which is a machine that slowly applies pressure until a piece gets manipulated into a new shape. The method is preferred for its affordability compared to other forging processes. The press gives the final product a grain flow that contours with the piece, making it stronger. If you’re interested in learning more about this process, check out this blog to discover the types of forging presses and their application across various industries.

Being forced down by a motor, the machine is controlled with an air clutch. During the stroke, the press’s crankshaft applies constant, consistent pressure to the ram; it’s similar to how you press clay into the shape of your palm. Speed doesn’t equal force. The press will be fastest in the middle of the stroke before the metal’s density has been highly compressed. It doesn’t reach its maximum pressure until the end of its stroke, pressing the piece into its final shape.

Since mechanical rams move at a fixed distance, when you’re using a press, be sure the closures at the end of the stroke aren’t so small that the ram sticks to the die at the bottom of its stroke. This accident will cause delays since you’ll have to wait to separate the two pieces. At worse, it could damage the press.

Luckily, with the advancements in robotic forging automation, many of the forging processes can be programmed and automated into a computer responsible for operating the press. This way, you can ensure consistent results with less risk for human error mistakes.

Due to their high costs, mechanical presses are only worth it when they’re used for high-volume applications. For example, they are widely used in the automotive industry to produce and mold parts for the drivetrain. Governments also use them for the molding of coins.

A hydraulic press uses water pressure to create the force pushing down the metal. Hydraulic works best with “open die,” which means that the ram pressing down is a flat surface, and so it presses the metal flat. This process differs from the other method, which is “closed die.” In this process, the dies are like molds, manipulating the metal into a particular shape. They don’t often get used for hot forging and instead work best in isothermal applications.

The hydraulic press allows you to automate the speed and pressure of each stroke preciously. This is how the press can mold completed shapes without the apparent pattern of a closed die.

The most enormous hydraulic press is around 50,000 tons. Typically, these massive machines work with metals other than steel. Using open die techniques, they produce large airplane parts, such as the turbine shaft.

A screw press operates with mechanical and hydraulic motors. It’s different because of its tandem flywheel and screw. This kind of press converts the rotating energy of the flywheel and screw into the downward force of the ram. As the ram pushes down for one stroke, the screw rotates continuously to produce more energy, and as a result, more pressure. Once one full stroke gets completed, the screw and flywheel must reverse to return to their original position. The metal pieces can be tightly compressed into new shapes and then quickly removed with the help knockout and liftout pins in the middle of the die.

Unlike mechanical presses, modern technological investments mean that screws can be programmed to go down certain distances to control the travel of the ram. This includes the ability to control the amount of pressure that the ram exerts on the metal. Using these advancements, presses even maintain a constant thickness among metals when flattening them.

Screw presses typically get used for larger manufacturing purposes. Due to their versatility and strength, they can be used when working with a variety of alloys such as steel, brass, aluminum, and titanium, as well as less common materials used for aerospace and medical applications. With the recent increase in space travel interest, the need for specialized, high-crafter materials is expected to rise. So, the importance of screw presses could increase in the coming years.

An upsetter pressed is used for horizontal upset forging. It’s used to reshape bars and tubes into complex, bent shapes. Hot upsetting forged is completed by placing a bar between two dies, then applying pressure to the side, bending the axis. Modern technology permits current presses to create multiple precise bends in one tube.

Because the dies aren’t vertically pressing into each other, a wide variety of shapes can be made using upset forging without getting jammed into the die. However, it may take you more than one pass to get the piece exactly how you want it. Sometimes, it can even take up to five passes to get a piece of metal into the shape you want.

Upsetter presses are used to produce a variety of shaft-like parts. They can create flanged shafts, cluster gears, wrench sockets, and many other things. Sometimes, upsetters will even be used to prepare material for hammer, mechanical, hydraulic, or screw presses.

After exploring the different types of forging presses and their applications, you can see that they’re complicated structures. When operators are dealing with hot forging presses that have the force capacity of thousands of pounds, they need to be extremely cautious to stay safe. The least amount of man-operation necessary, the better. These reasons are why Control System Designs prides itself on offering in-depth forging automation installation assistance. 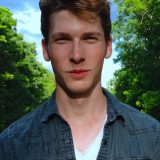