The Difference Between Fixed & Flexible Automation

The Difference Between Fixed & Flexible Automation

There are a few key factors to consider for manufacturers who are just starting out or experienced businesses who are looking to diversify their production with either fixed or flexible automation. By understanding the difference between fixed and flexible automation, you can decide which one is right for your facility.

Flexible automation refers to robotic devices that can be programmed to perform various tasks and functions. Its multifaceted functionality means that the same robot used to produce toys can be making plastic trucks on one day and action figures on the next. Flexible automation allows manufacturers to diversify their portfolios to adjust their production to the market’s demands. Once upon a time, if an industry collapsed, the manufacturers did too. But with flexible automation, those facilities would have been able to pivot to new emerging sectors. As markets evolve, so too can your product.

The advanced robotics of flexible automation doesn’t come without a cost; it is more expensive than opting for fixed automation. This means high startup costs. However, you will be able to make your money back by reducing production costs with the help of the effect robots. So, younger businesses will have to weigh their options to decide if they can weather the storm of expensive startup costs.

Fixed automation describes a robot made to complete one specific task or preset sequence of duties. It’s also known as hard automation because the program is done through wiring and gears.

Since they can’t be used for other purposes than their original function, they cost less than flexible automation. The low costs are ideal for manufacturers who are just starting out and need to cut costs to keep their doors open.

After reading about the difference between fixed and flexible automation, you can make an informed decision on which type of robotic technology will be best for your facility. When you require assistance establishing and programming your robotic technology, reach out to Control Systems design, an expert in industrial controls engineering. 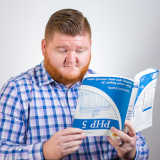